Rose Li, a physician scientist at the University of California, San Francisco, explains how her work on the Mutographs project is helping to understand the causes of liver cancer, a condition that affects a large number of people in China and Southeast Asia. 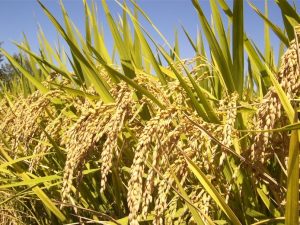 My father was born in a poor rice paddy village in Southern China at the end of the Chinese Cultural Revolution. With no money or food, my paternal grandmother left my father at a Buddhist temple. The story goes that my grandfather, a village fortune-teller, called my grandmother to bring back my father, prophesizing that he would be somebody. My father turned out to become a first-generation college student and later immigrated to the US but continued to support my grandmother in her old age.

I tell this story because I never met my grandfather. He died in his fifties when I was 3 years old from what turned out to be a misdiagnosed rapidly progressive liver cancer. I had little to no understanding about his illness nor his death in my childhood. I am now a physician scientist in San Francisco, about to finish my residency training in radiation oncology. I now know that my grandfather’s last few months were likely to have extremely painful and difficult.

But he was not alone. In fact, there are hotspots where cases of liver cancer are particularly high. It particularly affects people in Southeast Asia as well as a number of other developing countries including Mongolia and Egypt. Rates there can be as up to 10-20 times higher than those observed in the United States and Western Europe. In developing nations, liver cancer has been linked to exposure to aflatoxin, a naturally occurring compound found in foods such as uncooked peanuts. Other risk factors include hepatitis B and contaminated drinking water. What specific toxins cause liver cancer in drinking water are not well-understood. A number of other conditions, including esophageal and gastric cancer, may also be associated with similar toxin exposures. It is unlikely to be a coincidence that my maternal grandfather and uncle have been treated for these conditions in the last ten years in China. 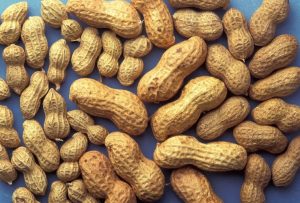 How we identify causes of cancer

The Mutographs project has a central goal to identify and characterize the mechanisms that lead to cancer. Studying areas of the world where cases of cancer are very high can be particularly helpful in identifying potential associations between environmental exposures and cancer. However, a major challenge is that there are many genetic variations between different people. Only some of these variations may impact cancer risk, and most people cannot accurately remember what their exposure has been to potential risk factors.

As a research fellow in Professor Allan Balmain’s laboratory at UCSF, my work makes use of the computational and genomics tools in the Mutographs project developed by Professor Ludmil Alexandrov at UCSD. I study specific tumors observed in mice that have been exposed to chemicals that are thought to cause cancer in humans. So far we have examined nearly two dozen new and potential cancer-causing compounds in over 200 mouse tumors. About half of these are compounds that appear to increase the rate of liver cancers in mice. Because the mice have similar genetic makeup to each other and the exposure to any particular chemical is precisely controlled, we have the rare opportunity to study the specific DNA signatures generated by compounds that have important clinical and public health implications. 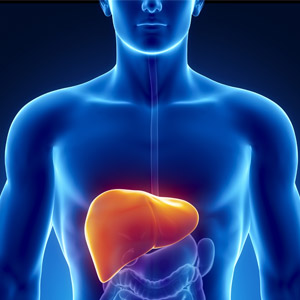 Cases of liver cancer continue to rise worldwide, perhaps more than doubling in the last two decades. There is no routine test to screen for liver cancer, like the PSA test for prostate cancer or PAP smear for cervical cancer. This makes liver cancer hard to detect and treat in time. In Western nations, the rates of some causes of liver cancer, such as alcoholic cirrhosis and hepatitis, are declining. However, other causes, such as obesity and Non-Alcoholic Fatty Liver Disease (NAFLD)-related cirrhosis, continue to rise. Like one of more than a dozen cancers reported by Cancer Research UK, liver cancer is strongly associated with increased Body Mass Index (BMI).

A major component of our group’s work is to use mouse models to examine the DNA signatures of risk factors linked to cancer that are caused by other illnesses. These include obesity but also include chronic inflammation caused by wounding, gastric reflux and other chemicals that promote oxidative stress. Together, these experiments will help shed light on how these processes might lead to cancer and understand how they leave signatures in DNA.